Rush Hour Assault Beta This is the Beta testing build. You progress will be carried over to the live version.Missiles flying over head, bullets glazing by, landmines and spike traps lay in your path. All this and we haven’t even mentioned the heavy traffic, plus those pesky opponent players getting in your way. KonaMobile is proud to present the Beta version of Rush Hour Assault! Our first in-house title! Download and enjoy this action packed battle racing game today! 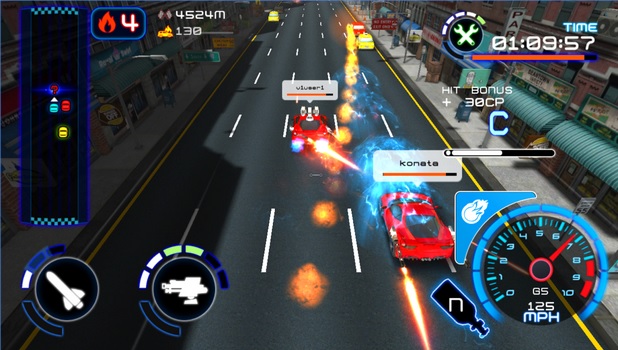